Celestine also known as celestite, is revered for its high frequency and Divine energies. Celestite has been called a “teacher for the New Age", as it is believed to connect one with the Angelic realms, allowing for the free-flow of these higher frequencies into the Crown and Third-Eye Chakras, and also down into the Throat Chakra for expression. It is said to bring mental calm and clarity in the midst of any chaotic circumstance, allowing one to easily flow through a traumatic period and still come out on top. 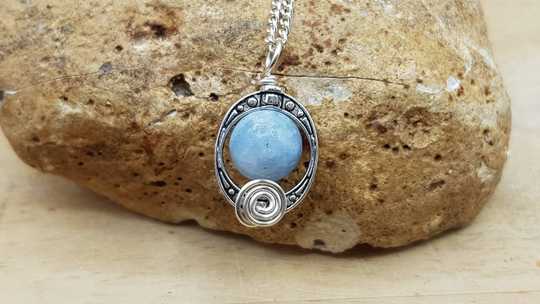 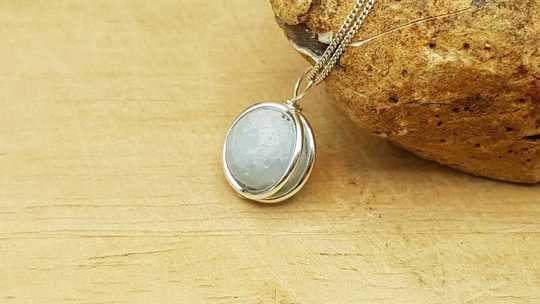 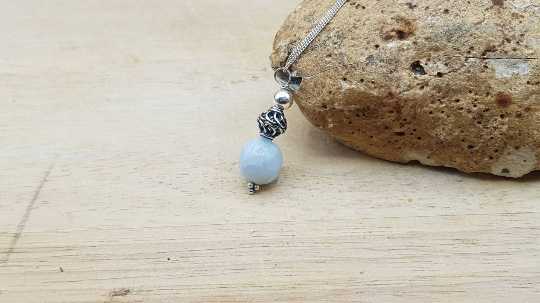 Celestite sphere Pendant
Hello my name's Angela. All the jewellery you see here is made by hand by me. Click to find out more.

Empowered Crystals values your privacy. I make minimal use of cookies to improve your experience. Read more